Is forgiveness enough to set us free from the pain others cause?

A student wanted to understand forgiveness, so he asked a wise teacher. The teacher instructed the student to think of all the people who had been unkind to him in some way. Then the teacher had the student carve the name of each person who had been hurtful onto potatoes. One by one the potatoes with the names on them were loaded into his sack.

The teacher instructed the student to carry them around for a week. As the week wore on – the sack grew more burdensome to carry. The odor from the rotting potatoes was becoming unpleasant. The student returned to the teacher at the end of the week and reported that he knew the moral of the lesson.

The teacher instructed the boy to unload all of the potatoes of the forgiven people from his sack. He then asked if anyone had been hurtful this past week?  With dismay, the student knew he had new names to carve into new potatoes. He was frustrated and worried that his sack would never be empty of the burden of being offended by others.

“I can’t control what others do to me!” The child exclaimed. “It isn’t fair that I must carry a burden because others cause me harm.” The student was overwhelmed by the perpetuity of the process of forgiveness.

The Teacher then inquired, ” Why were the potatoes put in the sack in the first place?”

The student didn’t grasp the question, but he guessed out loud, “To learn to forgive.”

The teacher helped the child see he knew how to forgive all along but what he didn’t know how to do was not to carry a sack which collects and holds old pain.

The child had a new question, “If the potatoes are offenses, what is the sack?”

The question made the wise sage smile.

“Is it my capacity to personalize offenses?” The student answered his question with another question.

The answer was profound, “Remove the sack you carry and no offenses can fill it.”

(This is a short and simplified version of a story found in Chapter 12 of the book, The Tao of Daily Life by Derek Lin.)

One Thing to Do: Do you have a sack which collects personal injuries? Instead of carrying it around with you, set it down for one day. Don’t carry a hurt that is offered to you – say to yourself, “That is not about me.” 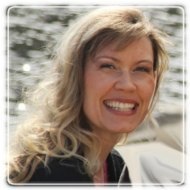 One thought on “Freedom: Better By Monday”